I get dizzy around so many people. If I go to a mall over the weekend and the place is packed with people, I get dizzy so quickly. This is why I enjoy going to tourist destinations with fewer people compared to areas that attract the crowd. No matter how well known the tourist sites would be, I would choose lesser famous places every time without any hesitation.

People love Kyoto and its Arashiyama, but for me going beyond Kyoto would be more appealing. Kyoto is too crowded for me. So this time I’m sharing with you our trip to a small tea town in south-east Kyoto called Wazuka. It is a small tea producer town located for about one hour by train from Osaka. 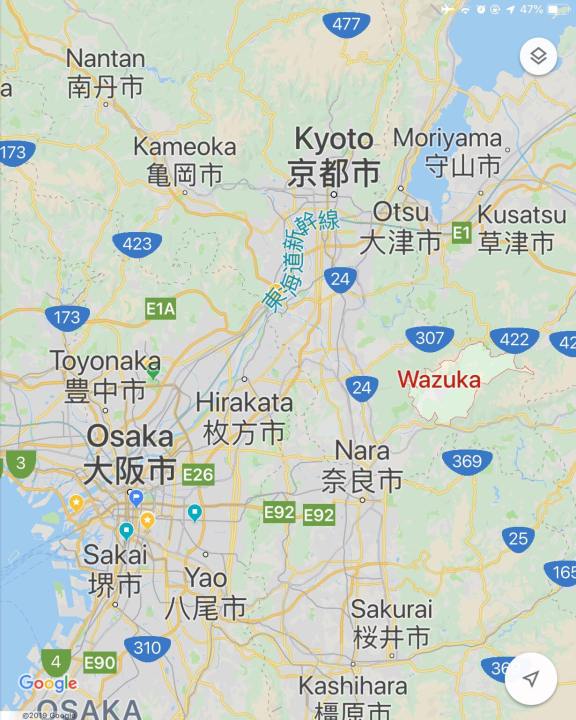 The route is relatively easy. From Osaka station, you’d ride the train to Tennoji, Nara with a final stop at Kamo. From here you will ride a bus for about 20 minutes to arrive at the village. When we visited this place, it was just us and another couple from Australia with the same destination as ours. No other tourist was visiting the village that day. Other than us, there were only two other locals who rode the bus. The problem was then we did not know where to stop. We told the driver that our destination would be Wazuka tea town. Unfortunately, as the bus left Kamo station heading for Wazuka, we noticed that the places we passed by, all have their names starting with Wazuka! Wazuka this and Wazuka that. We almost got down at the wrong bus stop twice, but the very nice bus driver stopped us and said something in Japanese. Well, we just assumed from his gesture that it was not the place we wanted to stop at.

From the station until the bus stop at Wazuka town you’d see tea farms along the way.  I can’t believe that it was just one hour by train from Osaka and you could already find such a green, foresty, rural village like Wazuka. Reaching this place was no sweat at all.

We headed directly to the tea store that has a sky deck located up on the hill with a view of the village. We bought two cups of tea and a delicious cheesecake and climbed up the hill to the viewing deck. My wife was not so thrilled that we had to climb up a hill only to have a cup of tea.

The place was so clean. Just like any other house in Japan, you had to take off your shoes before entering the place. From up there you could have a 180-degree view of the village through the glass windows.

We had an hour, the allowed time for us to use the hut and enjoyed our tea. My wife chose to stay here and then walked down the hill, while I continued wandering around the village, I was so desperate to walk up to the tea farms and see the tea plants up close. It was a cloudy day, but the air was so fresh. I felt so joyful and light as I started my walk around the village.

I realised that the area was just someone else’s neighbourhood, but to me, the view was no ordinary. I noticed one thing, though. The tea hedge is quite short, about 60 to 80cm high. It is shorter than what I have seen from tea farms in Indonesia that can outgrow you. Apparently, tea growers in Japan have a unique trimmer to keep the tea from growing so high. 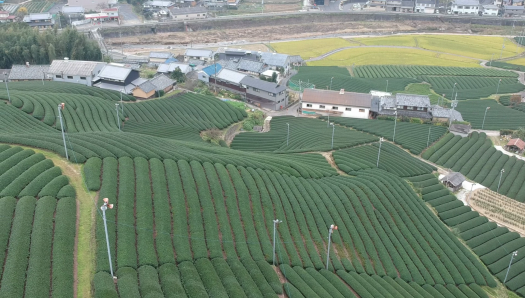 I then continued walking through the farms and around the village. Just as I was walking back to the tea store, I read a sign written in English that we were not supposed to go inside the tea farm. Yikes! I made a mistake and was not being respectful to the people and their properties. Therefore, I wouldn’t recommend you to do what I have done going inside the farm. Definitely, you need to ask permission if you want to see the tea plants up close. I then met a farmer who was trimming his tea farm. Fortunately, he was kind, instead of being upset that I had trespassed his property, he even showed other exciting places in the village that I could go and visit.

Tired of walking around the village, I walked back to the spot where my wife was waiting. That was one of the best days of our time in Japan. We left home but would always remember Wazuka, as a simple but beautiful little tea village in Kyoto.