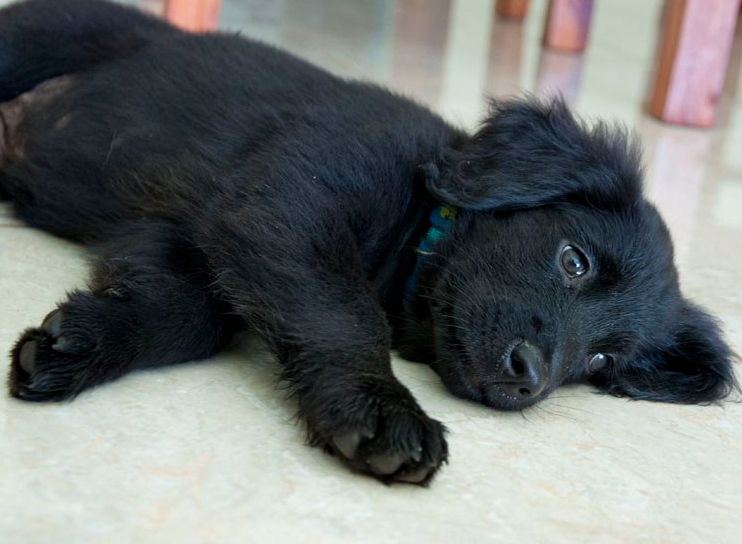 “Amber is missing”, my heart dropped. I felt like dreaming when I heard my wife’s voice on the phone. For a minute, I didn’t know what to say.

This story happened this week precisely six years ago. I was in Mataram, Lombok travelling for work. The sun was just setting down, and we were having dinner at a friend’s house when my wife called and told me that Amber, our dog, had gone missing.

We have a golden retriever named Kayla, the name I borrowed for this blog. Before she came to our house, we already had a male dog, a mixed breed, named Nikki. With Nikki, Kayla then had six puppies. We gave four puppies away and kept two litter with us. We called them Amber and Maximus. Sadly, Maximus later died after we neutered him. He was around four months old then. We were not sure why.  It could have been a wrong procedure, or he was over dozed with the medications that the doctor subscribed.

Not like her brother Max, Amber has been an insecure puppy. She was always nervous and looked up to Max to lead her when we went swimming at the beach or walking on the road. When Max died, she became even more insecure and was always scared. As part of her training, Amber would go doing her afternoon walk to our parents’ house every day. That afternoon, she went with Richard. Richard is one of the boys who live with us.

Like any other incidence, there was a series of factors that caused her to flee and gone missing that day.  First, Richard did not use the right collar for walking, he forgot to change the collar. This collar was quickly taken off. Second, when returning home, instead of going back directly, Richard decided to stop by at his family’s home until dark. This was a sudden change of the daily routine that Amber had grown accustomed to. So when it got dark, Richard started walking home, but Amber had been restless, snapped the collar and darted off gone into the dark bushes on the way home. A lot of people went looking for Amber, calling out her name, but no one was able to find her. 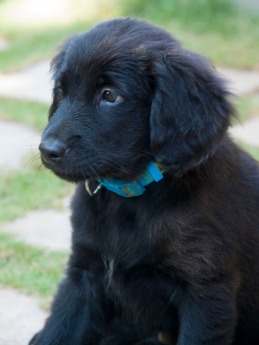 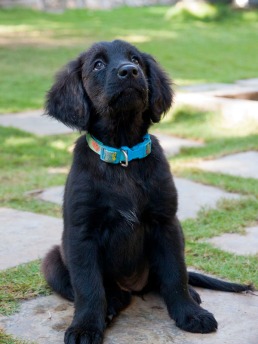 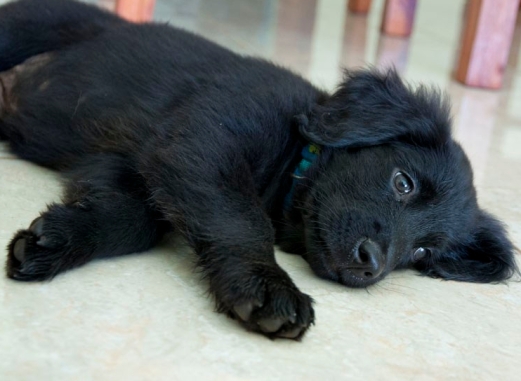 In Kupang, we always have an independence celebration festival that starts a few days before the independence day and then lasts for weeks. There used to be an annual exhibition near our home. The place would be packed of people, cars parking all the way along the road not far from our neighbourhood. This is the road that Amber had to pass every day. There would be many people passing by and cars parking along the way until late at night. Knowing how scared and insecure dog Amber was, we realised the chance of finding her became even slimmer.

The next day, my wife made a flier and copied tens of it and started distributing them around. Richard and Tomi with their relatives and friends went looking for her before going and after coming back from school. A couple of times, people made a call saying that they found a black dog that looked like Amber, but it wasn’t her. 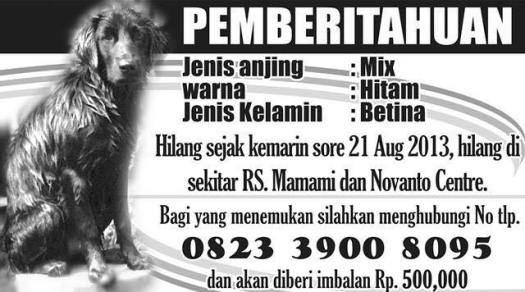 I got at home on Friday mid-day, and immediately joined the search mission in the afternoon. We became more worried since by then Amber had been missing for two full days. My wife and I walked around our neighbourhood, and to empty lots that we thought she might be hiding at. People in Kupang enjoy eating dog meat. Dogs around the place of our parent’s house had mysteriously disappeared before.  This made us both even more worried. We tried to calm ourselves that since Amber has a dark coat, it would have been challenging for people to see her and no one can’t get near her as she was not used to strangers either. So there was a hope still.

Saturday morning came. We wanted to go out early, but I was tired from travel, and it wasn’t until around 6 AM that we were ready to go out for our search again. I was waiting for my wife to come out of the house when I heard a loud bang at our gate as if someone just kicked it really hard. Then suddenly a small head appeared on top of our gate! It was Amber! 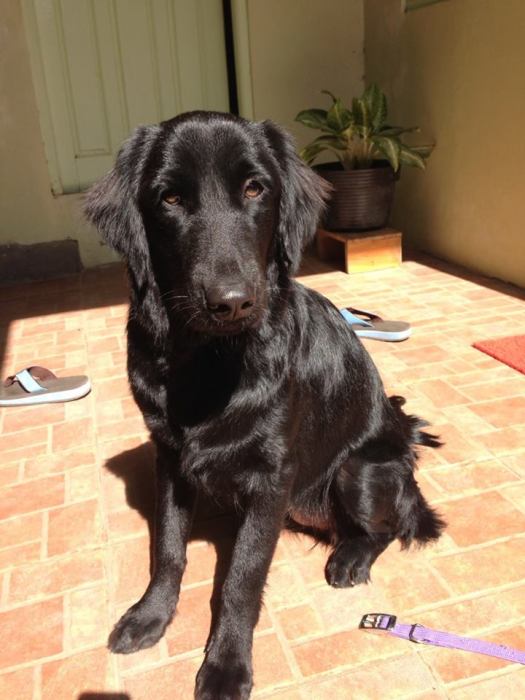 I shouted, calling my wife out. I opened the gate quickly and there she was panting and jumping around.  She instantly went to a bucket of water and drank it. Obviously, she hadn’t been drinking any water for quite some time. Her coat was covered with dry leaves all over her body and so sticky. We bathed her immediately and were extremely glad to see her again. We thought we had lost two puppies in just a few months. Our neighbour later told us that she saw Amber coming home several times at the gate, but no one was there, and she then left again and kept coming back home. It’s still a mystery how she could go home because the place where she went missing was about two kilometres away from our house. She could have wandered off somewhere, but she followed her track to return home.

Amber is our gentle giant. She loves sleeping, snoring, eating and swimming. She has the most gentle stare if you look at her or call out her name every time but would quickly change to a protective mode if she sees a stranger.

*In case you’re wondering why her name is Amber, but her coat is black because we got her name after our friend’s dog in Melbourne. Sadly, both our friend, Brian and his dog, Amber, have passed away.