“Your permanent stay permit was issued by the immigration office of Kupang, and therefore your visa has to be processed at the Japan Consulate in Bali”

The staff at AVAC counter in Jakarta told us. It was disappointing because we knew to apply for Japan visa through Japan Consulate in Bali would be a nuisance. Not like in Jakarta, the Consulate demands the applicant to produce all original documents such as identity card, marriage certificate, and family card. We had to use a travel agent to help us with lodging the application because flying to Bali and to submit our applications would cost us even more. My application had already been sent, but I didn’t expect that my wife’s application had to go through Bali as well.

Two weeks before our departure, the Coronavirus was first reported and it got worse as it came closer to our departure date. Several cities in China were under lockdown and other countries including Japan were reporting cases of infections.

News coverage about Coronavirus on the day of our departure day (Feb 2, 2020)

We were lining up at the immigration of Narita airport anxiously. The plane touched down on time. The temperature outside was six degrees Celcius but the room temperature at the airport was quite warm, maybe because of so many people were crammed into the immigration clearance area. We had to line up twice, first to get our passports scanned and fingerprints scanned, then went on for another queue for immigration clearance. We were a bit nervous because it was just two days before our departure date we found out that the visa stamp on my wife’s passport had not spelled out all her complete names. One middle name was missing. 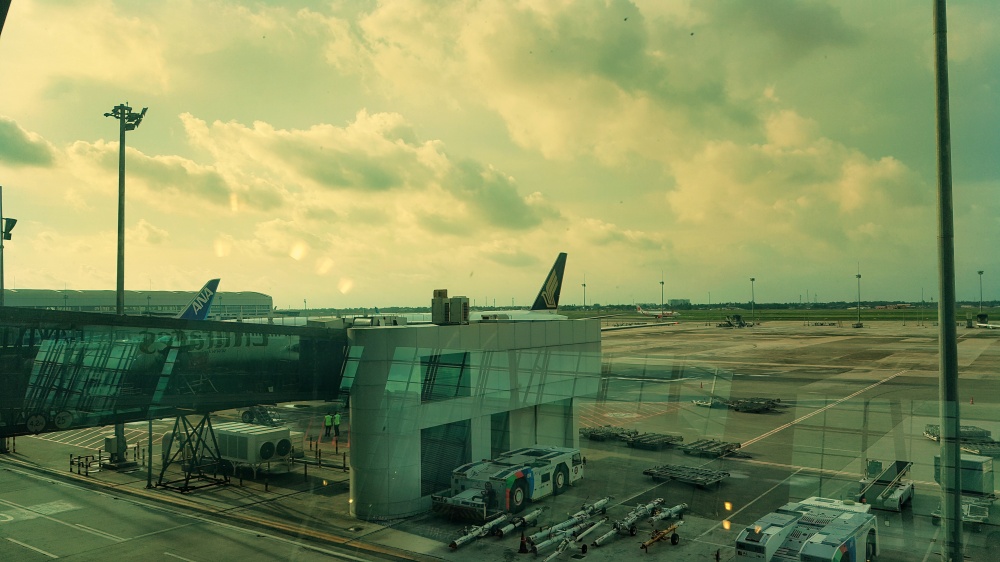 “Enjoy your stay!”, the Immigration staff at Narita airport said to my wife. She grinned happily as she was walking towards me. Our adventure officially started then!

Our luggage had arrived when we got to the bag carousel. Narita Airport has three terminals. We arrived at Terminal 3 and had to transfer to Terminal 2. We exited from the terminal looking for the bust stop as the cold Tokyo winter breeze brushed our face welcoming us to Japan. We looked for the shuttle bus stop and found out that we had to walk to the other side of the terminal. The shuttle bus stop was at the bus stop no. 6.

Terminal 3 of Narita Airport seems quite new and allocated for budget airlines like Peach and Jet Star. We flew Peach. Since it was quite early we spent some time having a takoyaki at the food court.

The checking in process was smooth. You could only check-in at the automatic check-in machine 90 minutes before the departure time. It was a two-step process, once you check-in then you could drop the luggage, a common process you would find with all other budget airlines. From the departure gate to boarding gate was quite a walk, about 300 meters, so you had to walk fast. By the time we got to the boarding gate, it was already a call for boarding so we went directly onto the plane.

Everything was white! This was my first experience landing on an airport covered with snow, as a matter of fact, we flew in under heavy snowfall. Flights were then cancelled after our plane landed. The temperature in Sapporo was around minus two degrees Celcius. Yes! we made it. 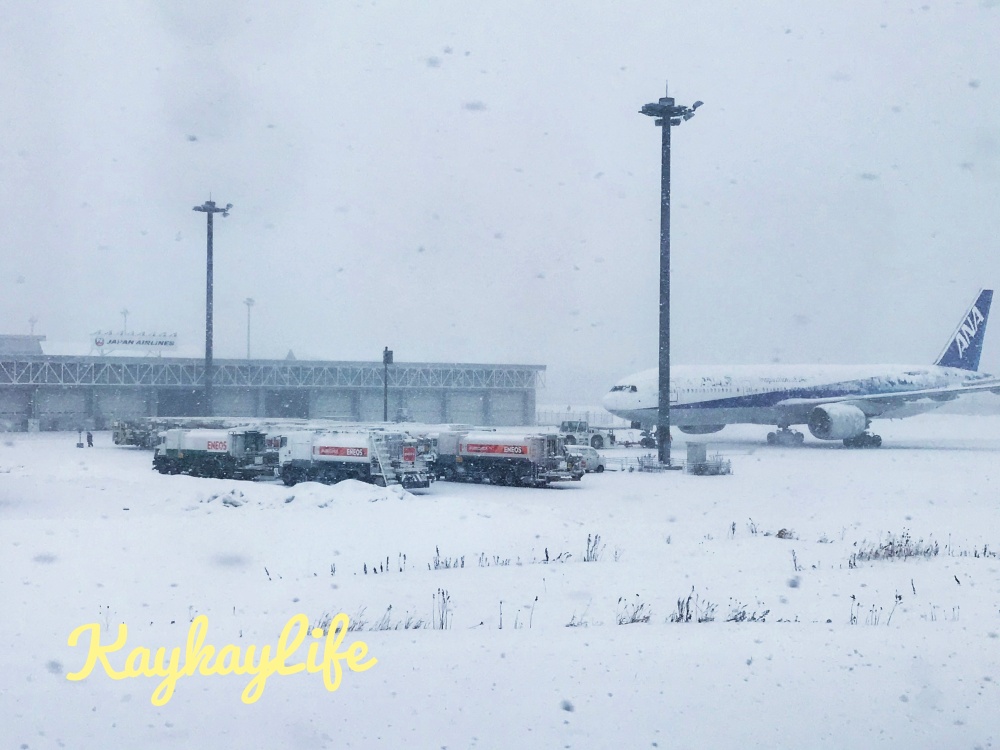 It was just 5.30 in the evening by the time we got to our accommodation in Hiraigishi, but the day had turned dark, evening had come. As expected, you had a shorter day in Winter. This was the first day of our two-week adventure from Hokkaido to Nagano and Kawaguchiko. I can’t wait to share here as the stories unfold. For now, my eyes were quite heavy already, I could hardly say no to the pillow and blanket that looked so warm. 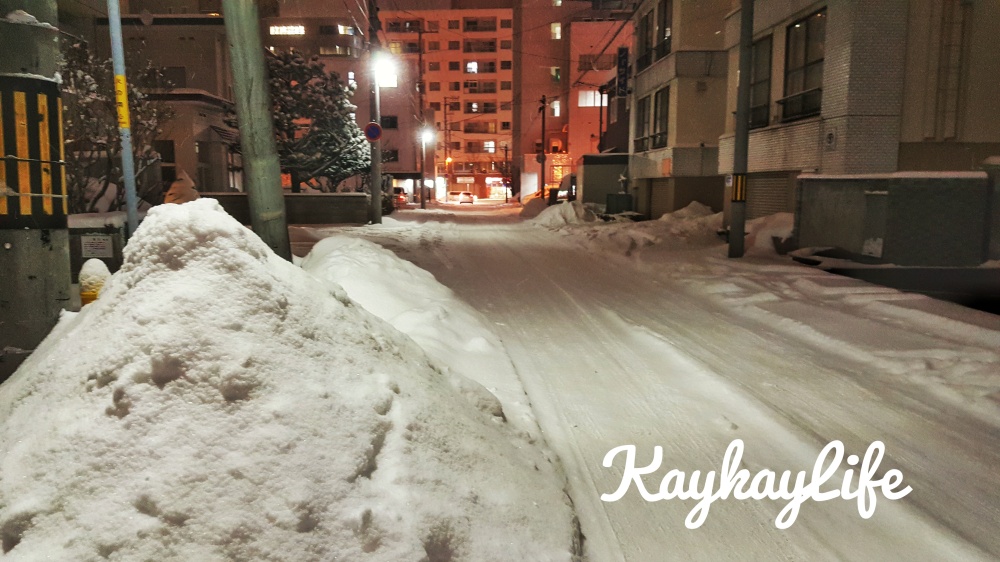