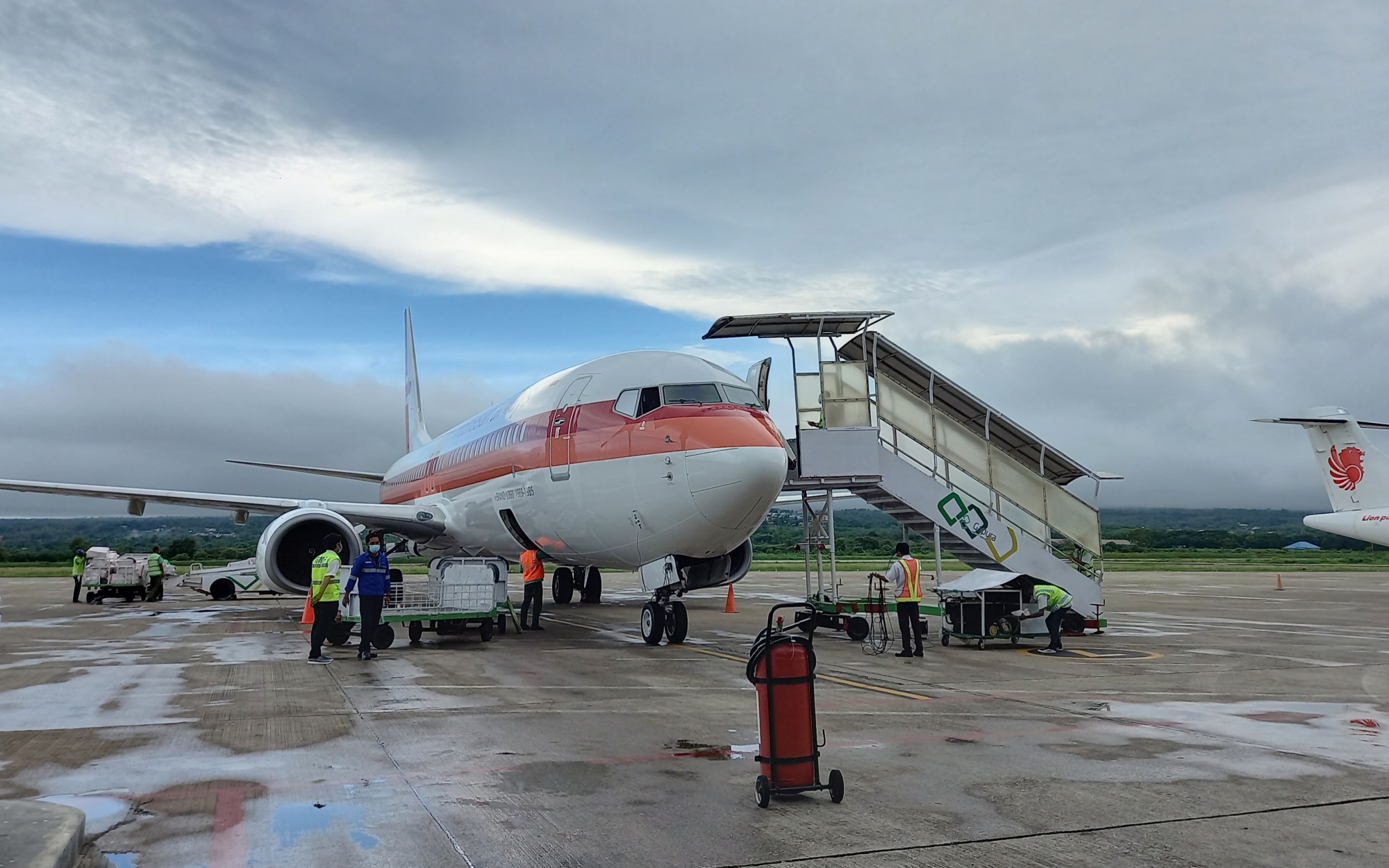 Gloomy Jakarta welcoming me back to the city, she knows I’m not too excited coming back here.

The street in front of our apartment in Taman Rasuna was unusually quiet even though it wasn’t that late in the evening. I could see from the balcony only a few people walking in front of Epicentrum. Only occasionally, some cars and motorcycles passed by. The trip from the airport was quite smooth. Maybe because it was Sunday and the city’s ordinance limiting people’s movement seemed to be working as well. The air was humid but it didn’t feel as if it was going to rain that night.

The apartment floor felt dusty after months of being abandoned. I knew that soon enough both of my feet would turn black after walking around in the apartment. It had been more than seven months since we left the apartment and had been living in Kupang. I had to go back to Jakarta with a mission to pack all our stuff and send home. The contract of our apartment was expiring and we didn’t want to renew the place. I sat at our dining table worrying about the mounting task I had to go through that week.

“Can I finish everything in two days? I don’t even know where to start?” , I said to myself while looking around the living room.

My plan was to pack everything for two days, send them on the third day, took some stuff to Dede’s apartment on the fourth day and went to office to have Sigit fix my laptop. By the fifth day, I could relax, take another swab test and get ready to return home. I felt so tired suddenly and decided to retreat and sleep.

Cold sweat ran down my forehead. Despite following the detailed plan we prepared at home in Kupang, I was overwhelmed with all the packing. It seemed we had too many unfamiliar things at home that I could handle. I began to regret my decision to come here alone without my wife. The living room and kitchen looked like a mess, it was already late in the afternoon and I didn’t seem to make a meaningful progress as I expected to. Finishing all the packing in two days seemed impossible. I rescheduled all the plan in my head. Instead of two days to finish, I moved the target to finish by Thursday or Friday.

I remembered the fluctuating graph projecting culture shock presented to us as we were attending the post graduate study preparation to go to Australia. It had been exactly like it for that week, a roller coaster ride. I started the week being anxious, dropping further as I fell deep into the mess of the packing. I finally saw the end of the tunnel. Everything was packed and ready for shipment. I was then euphoric again feeling accomplished and knowing that I would go back home again.

It was just half past seven in the morning. The counter at Siloam Semanggi Hospital was not yet opened but the line was already long. About more than 40 people had been ahead of me.

“Be patient. This is Jakarta, It shouldn’t be like Kupang that it took almost half a day to get a swab test, they should have more staff to do the testing”, I said to myself.

I was nervous with all the people in the crowd. Surely, among them included people who had contracted the virus and wanted to make sure if they really did the virus, thus in the state of infectious to others. Jakarta was the city with the worst number of cases then recording around 14,000 cases per day.

“Decluttering!” I said to myself.

The thought came to me as I was having breakfast at the airport waiting for the boarding call. On Friday, I packed and sent 35 boxes home, adding more stuff to the things we already had at home. I hoped my wife would be excited to take this journey together.

As both of us now age, we don’t really need all the stuff we have now. They are more than we can manage and use. It’s time to detach ourselves from all these worldly belongings. Others may still be able to make use of and enjoy them.

“But how? Do we give them away to people? Maybe we could sell some of them?”

I was excited to return home and start this different kind of adventure together with my wife.

“It’s good to be back home again”